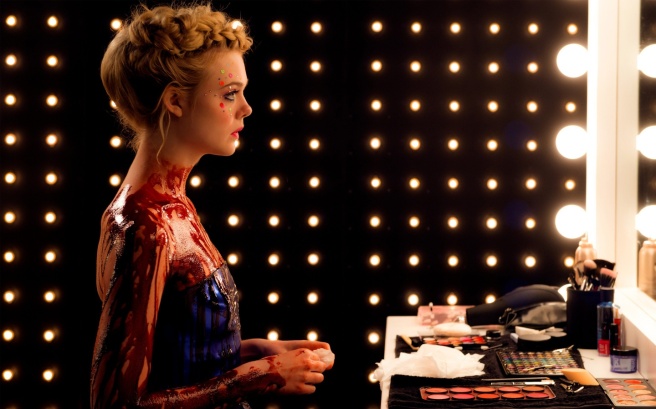 A new film called The Neon Demon is now in limited theatrical release.  No, I will not be seeing the movie.  The trailer alone made me feel unsettled.
However, while browsing through Facebook, the teaser trailer of the movie’s FB page kept popping up on my newsfeed.  The caption above the promotional video caught my eye:

“The face of an angel can awaken the demon.”

As disturbing as that line is, something about it resonated with me.  The more I thought about it, the more I realized that within the frightening quote lies a hint of truth.

I once had a dream where I was looking at what seemed to be a girl made entirely of light slowly spinning around amidst a deep gray fog.  I texted a friend of mine about it and his response was, “Hmm…sounds like a beacon of holiness in the midst of darkness…” Looking back on that dream now combined with The Neon Demon tagline, I think it all points to the fact that where there are angels, there are demons and vice versa. 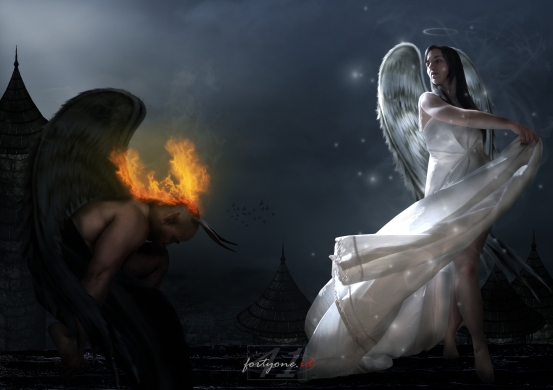 You and I exist in the physical world, but within our reality lies a hidden spiritual world where the forces of Light and darkness reside in oppositional existence.

Imagine that there is a veil between our visible reality and the invisible realm, a fabric barrier that angels can pass through with no limitations, but you and I can’t even touch with our fingertips.  On the other side of the veil is an invisible realm where the forces of good and evil do not coexist peacefully, but rather do battle with one another.
On the other side of our reality is a battlefield where angels of God fight to protect us while the demons of the evil one seek to drag us down.
While we eat, sleep and go about our routines, this is taking place: 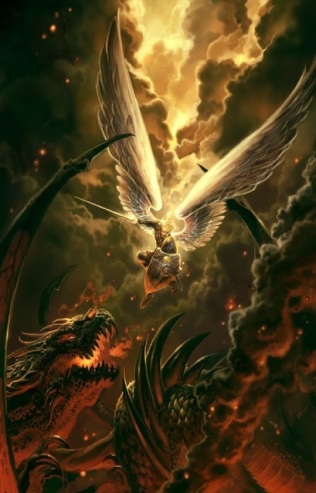 Wherever there is goodness, evil is sure to follow behind like a relentless stalker.  Purity cannot flourish without corruption creeping in to put a stop to it.
However, at the same time, when corruption does rear its ugly head, purity arrives to interrupt and overtake it.
Admittedly, it is terrifying to think that darkness comes after light, that there will always be an infernal force ready to wreck havoc wherever goodness appears.  And yet, I take comfort in the fact that the opposite is true: Where darkness reigns, Light will surely intervene.
Whenever there is a Lucifer who tries to bring about division and chaos, there will also be a Michael who courageously stands up to restore peace and unity.

If the face of an angel can awaken a demon, then take heart in the fact that while the demon is rising from its slumber, the angel is already up and alert, ready to fight. 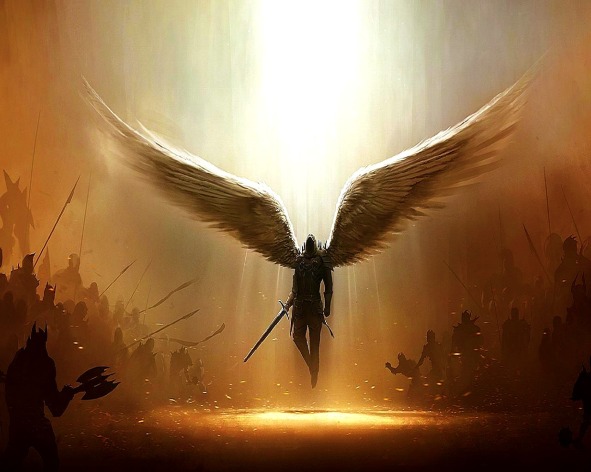 Saint Padre Pio was a man who frequently encountered both good and evil residents of the hidden world.  Angels would greet him and demons would beat him.  He had every reason to want to avoid the spiritual world, and yet he embraced the celestial reality.

“Do not fear him (devil). Trust more and more in Jesus, who never leaves you alone when confronted by Satan.”
–Saint Padre Pio of Pietrelcina

The next time the devil hisses at you, “Where Jesus is, I am,” just smile and say with confidence, “But where you are, He is.” 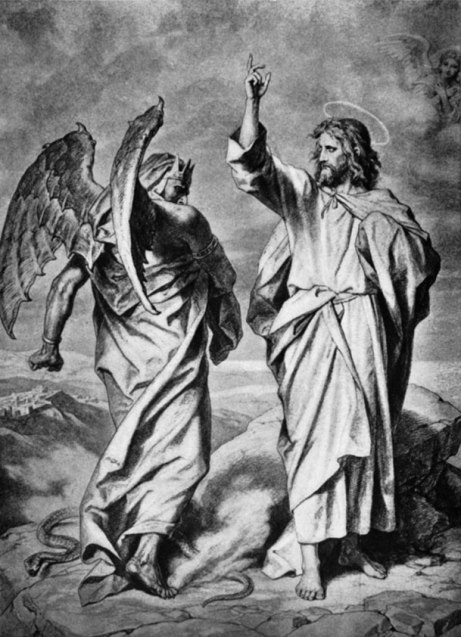 Saint Michael, Saint Gabriel and Saint Raphael, pray for us.

4 thoughts on “Truth Within A Tagline”