I’ve actually seen this movie twice; the first time was last year when my dog Sophie was alive.  I was sick with the flu and Sophie was sitting on her blankets in front of the TV.  “Tell me what happens, Sophie,” I said while trying not to throw up. Sophie just tilted her head and yawned.  I think she took a nap during the climactic battle in the dragons’ nest.
My second viewing was last night during our LifeTeen movie night.  Every time Toothless would tilt his head or lick Hiccup’s face, I smiled because I thought of Sophie, who passed away on May 11th of this year.

This is my review of How to Train Your Dragon! 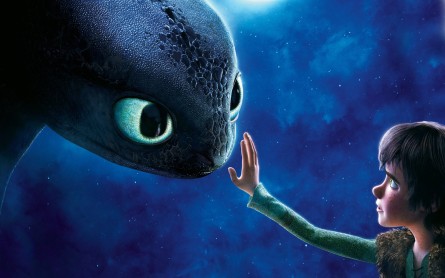 Also this review will be dedicated to Sophie. 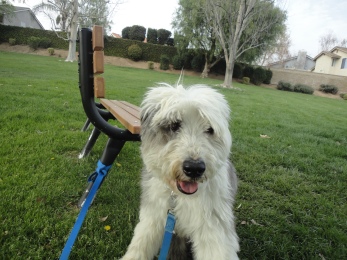 How to Train Your Dragon is based on a series of twelve children’s books of the same name written by Cressida Cowell.  It tells the story of Hiccup, a Viking teenager who lives in the island of Berk.  On the island, dragons come periodically to steal Berk’s livestock.  As a result, the Viking villagers hate dragons and train to slay them.  Hiccup, the awkward son of the village leader, Stoick the Vast, sets out to kill a dragon in order to gain acceptance, but when he catches the dreaded Nightfury dragon, he can’t bring himself to do it and instead begins to form a friendship with the Nightfury that he names “Toothless.”

I can see why so many people adore this movie.  This is a fantastic and charming animated film!

The Hits
Holy cow, the animation is gorgeous!  The fire effects look like real fire.  The water looks realistic.  Even the clouds are stunning!  I like how the Vikings characters are designed to look brutish and macho, but are still easy on the eyes.
The opening scene is one of the best that I’ve seen in a while.  Everything we need to know is summarized with exciting visuals and Hiccup’s narration giving us context.  From there, the story never skips a beat and moves at a smooth pace with no filler scenes to slow down the plot.
This movie is a must-see for pet owners especially because it understands the relationship that forms between a human and their animal friend.  It capture how hard you have to work on gaining your pet’s trust when you first bring them home, as well as their unbreakable loyalty to you once you’ve earned their respect.  I love how Toothless becomes protective of Hiccup because it reminds me of how during our walks, Sophie would bark and stand in front of me if she suspected that something was wrong.   The bond between Hiccup and Toothless is genuine and heart-warming.  Every scene they have together is used to show the organic development of their relationship.  This allows the scenes where Hiccup and Toothless have to go through Hell and back for each other to feel believable.

The One and Only Miss
The only hiccup (ba boom pssh!) of this movie is that Hiccup’s change of heart is too abrupt.  When we first meet him, he’s gung-ho about catching a dragon and killing it in order to prove his worth.  Then when he has Toothless in his grasp, he goes for the kill and then within seconds, he changes his mind and decides that he just can’t kill a dragon.
Now to the movie’s credit, it is explained in the third act why he did a 180, but I think because in the beginning, his character was set up as being hellbent on killing a dragon, his change of heart felt too quick.  If he had been first established as not really wanting to kill dragons, but feeling obligated to do so, then it would have felt in-character for him to not go through with it.  Another alternative could be have Hiccup let Toothless go, but then show him continue to wrestle with the idea of killing him at the next opportunity.  He could begin to bond with Toothless while undergoing this internal struggle over the course of the movie.  I understand that this is a kids’ movie and that there are other story elements that they need to cover, but I think it would good for children to see that not everyone turns over a new leaf that quickly.  Children need to know that it’s sometimes hard for people to change their ways and that conversion of the heart comes gradually, not instantly.

Overall, How to Train Your Dragon is a great animated gem that has something for both kids and adults to enjoy.   The topic of two opposing forces is handled with tact and grace and the love between Hiccup and Toothless is centered on loyalty and the courage to stand against public opinion in order to protect each other.

Saint Francis of Assisi, pray for us. 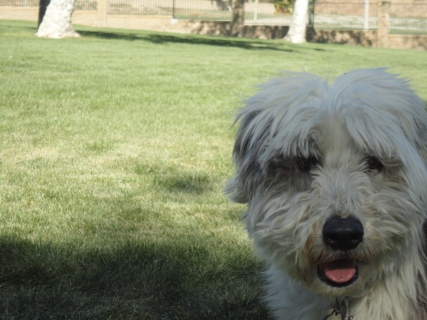 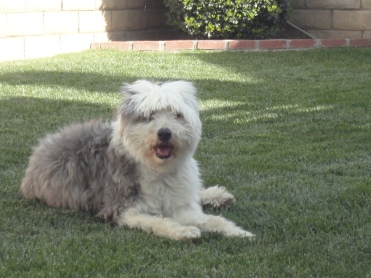 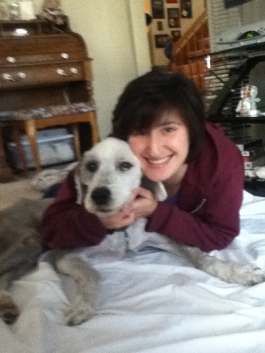